President of the American College of Surgeons Resigns After Dirty Joke 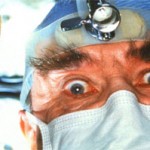 In a surprising turn events surgeons across the land (renowned for their way with words and senses of humor) have ousted Dr. Lazar Greenfield from his position as editor in chief of Surgery News and president-elect of the American College of Surgeons (ACS) after a semen joke gone wrong.

Writing his Valentines Day editorial for the Surgery News, Greenfield mused on the findings that semen contained trace elements of “mood enhancers like estrone, cortisol, prolactin, oxytocin, and serotonin; a sleep enhancer, melatonin.” 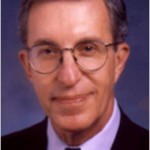 Continuing on he stated that female students practicing unprotected sex were “significantly less depressed” and that the “benefits of semen contact also were seen in fewer suicide attempts and better performance on cognition tests.” To that end he surmised that perhaps a better gift on Valentines Day would be a big hefty load of semen. Hardy-Har har.

As far as humans are concerned, you may think you know all about sexual signals, but you’d be surprised by new findings. It’s been known since the 1990s that heterosexual women living together synchronize their menstrual cycles because of pheromones, but when a study of lesbians showed that they do not synchronize, the researchers suspected that semen played a role. In fact, they found ingredients in semen that include mood enhancers like estrone, cortisol, prolactin, oxytocin, and serotonin; a sleep enhancer, melatonin; and of course, sperm, which makes up only 1%-5%. Delivering these compounds into the richly vascularized vagina also turns out to have major salutary effects for the recipient.  Female college students having unprotected sex were significantly less depressed than were those whose partners used condoms (Arch. Sex. Behav. 2002;31:289-93). Their better moods were not just a feature of promiscuity, because women using condoms were just as depressed as those practicing total abstinence. The benefits of semen contact also were seen in fewer suicide attempts and better performance on cognition tests.

So there’s a deeper bond between men and women than St. Valentine would have suspected, and now we know there’s a better gift for that day than chocolates.

This is when the entire world of surgeons collectively proceeded to shit their pants. Greenfield apologized but his colleagues were having none of it. So he resigned saying, “I only hope that those who choose to judge me will read the article in the spirit in which it was intended.”

Wait, that was a joke? That was just terrible. He should be fired for that more than anything else. I personally don’t get what the big deal is. I once delivered a soggy pastry box of semen to a girl once. “Just what the doctor ordered.” I said winking and nodding, thrusting my pelvis. She didn’t take it so well. God, chicks are so uptight sometimes.